There is another type of love/friendship relationship worth exploring, which John Vervaeke proposed to me our recent podcast: fellowship. The notion of fellowship, Vervaeke pointed out, comes from the Pythagorean tradition and was absorbed into the Christian ethos. It can complement Aristotle’s vision.

A fellowship is, according to Wikipedia, ‘a ,company of ,people who share the same ,interest or ,aim’. Having an ‘interest’ means being oriented toward some kind of meaning; having an aim is to be directed toward a future goal. A fellowship therefore could be thought of group friends and associates oriented toward creating meaning and a future. But this definition still seems to me a bit dry: fellowship also has a sacred quality. We can look to JRR Tolkien’s ‘Fellowship of the Ring’ to get a deeper picture.

A fellowship, as exemplified by the Fellowship of the Ring, is a small group of honorable individuals, tied together by filial love and the dedication to some great quest to redeem the world. Tolkien’s ‘Fellowship’ is a rag-tag council of Elves, Dwarves, Hobbits, and humans, who struggle to defeat an army of totalitarian subhuman beings called Orcs.

The Lord of the Rings is not about superhuman acts of power or magic—it is not the wizard Gandalf who saves the world, but those short and unremarkable half-human creatures with huge hairy feet called Hobbits. Hobbits become heroes of the fellowship because of the depth of their camaraderie, self-sacrifice, filial affection, and single-minded dedication. It is the bonds of love and fellowship which defeat the Orcs in the end, not powers or technologies.

The heroes of the Lord of The Rings are notorious homebodies, and yet they leave the comfort of family, tribe, and nation to respond to the crisis at hand. Hobbits endure what John Vervaeke calls ‘domicide’, or the loss of home. Whether we lose our actual home or not, in crisis we feel disoriented and spiritually homeless; the familiar world becomes alien and crazy. Everybody has felt this during the present pandemic. But any crisis also calls out to us to make sense of the madness and seek friends to journey with. And we cannot survive these strange times alone.

Today we have not only a pandemic, an ecological crisis, and various forms of soft and hard totalitarianism circling around our peaceful ‘shires’, but also an inner crisis, one which John Vervaeke calls ‘The Meaning Crisis’. However, a meaning crisis is also an opportunity to grow and find fellowship. Hobbits would never leave their provincial shire if there were no existential danger or spiritual dissatisfaction with the status quo; similarly, it is only in a state of crisis can we begin to search out new territory and friends, and begin a real adventure.

In fellowship we forge new territory and simultaneously discover the ground we have always known; we find a band of friends we feel we have known forever; we engage in a constructive and creative mission to create a better future—we discover our heroic task.

And yet a fellowship is not about individual heroism; it is more like the knights of the round table. King Arthur’s eccentric knights embody the opposite of a cult. There is no ‘sameness’ in such a true fellowship: a fellowship is cosmopolitan rather than provincial. In a fellowship difference and distinction are valued rather than shunned; each person has their own part to play in a larger symphonic movement. Elves, dwarves, wizards, humans, and even some ancient trees become part of the fellowship in Tolkien’s imaginative universe. Intrinsic quality of character matters more than any kind of identity politics.

Of course Hobbits are dedicated to their own kind as well—they are patriotic but not nationalistic. And yet despite their love of homeland, the fellowship is ‘thicker than blood’. We might be able to live without our biological family, but if the fellowship is sufficiently strong, we will not be able to live without them, and we will even be willing to die for them. Therefore, the loyalty of the fellowship is something that could be called transcendental. Of course, Hobbits return to their homeland and families eventually, but they become worthy leaders first. And once they have left home things will never be the same.

Hobbits are working class louts, provincial, and unimpressive; earthly creatures who enjoy company, good food, and beer, and are not particularly spiritually gifted nor otherworldly. On the other hand, Hobbits have remarkable hidden qualities. It is their hidden gift for fellowship in times of crisis which set them apart. The fellowship has the function of bringing out such hidden gifts.

In a fellowship we lift society and each other up, even when journeying through hell. In the penultimate scene in The Lord of the Rings happens when Sam McGee carries Frodo, who has been defeated by the power of the ring, through Mordor and past the Cracks of doom. In the act of lifting his friend Frodo up, Sam embodies fellowship in essence.

Any great person who has achieved something has been supported by a fellowship—the fellowship is greater than the individual. This may be a challenge to Jordan Peterson’s idea that the greatest idea of the west is ‘the sovereign individual’. Personally, I think that a ‘sovereign fellowship’ is a more sustaining idea. And only a true fellowship can push a person to develop his or her maximum individual capabilities.

John Vervaeke tells us we need to: ‘steal the culture’. To do this is to generate real generative fellowships, which we can do at The European Men’s Gathering and in our various tribes. This is is not about any kind of revolutionary uprising, but about changing the culture from the bottom up. Successful fellowships change the intrinsic quality of a culture. For instance, the early Christian martyrs brought ‘love of the stranger’ and ‘mercy’ to the rather brutal Roman empire; the Buddhist sangha provided an alternative to the rigid caste system in India.

In our contemporary culture we could compliment our notion of ‘teams’ with an enhanced notion of fellowship. A fellowship is like a team but is about something more than winning. The fellowship team plays what James Karsh called ‘the infinite game’ or a game that generates benefit for everyone rather than the ‘zero sum game’ (I win/you lose).

Today sports teams have some aspects of fellowship; however, a fellowship must give us something more than merely ‘crushing the other team’ or providing entertainment. Team sports echo our hunter/gatherer past and provide a simulation of the hunt. Killing the animal once meant sustenance and survival for the whole tribe. However, today when animals are slaughtered in factories and physical survival is not our primary goal, where does the contemporary man go to feel that greater sense of meaning? The sporting event and the boardroom may provide a virtual outlet, but they are insufficient.

Fellowship is particularly marked in the military and many soldiers are nostalgic for war times because of the lack of fellowship in civilian society. But what if the fellowship that The Navy Seals embody could have the same intensity in missions of peace and prosperity, rather than just ‘defense’ or aggressive conflict? How do we get people to have as much of spiritual passion and dedication towards saving the world as we do towards putting a ball in a net, killing a foreign devil, or putting a man on mars? This may be the most important riddle of our time, which only a fellowship can solve.

Note: This essay was first published on Maniphesto: a European men’s movement which is innovating and exemplifying new forms of fellowship for men. If you are ready to join a fellowship and help fight an army of Orcs and free middle earth from the power of the Ring check out Maniphesto CORE! 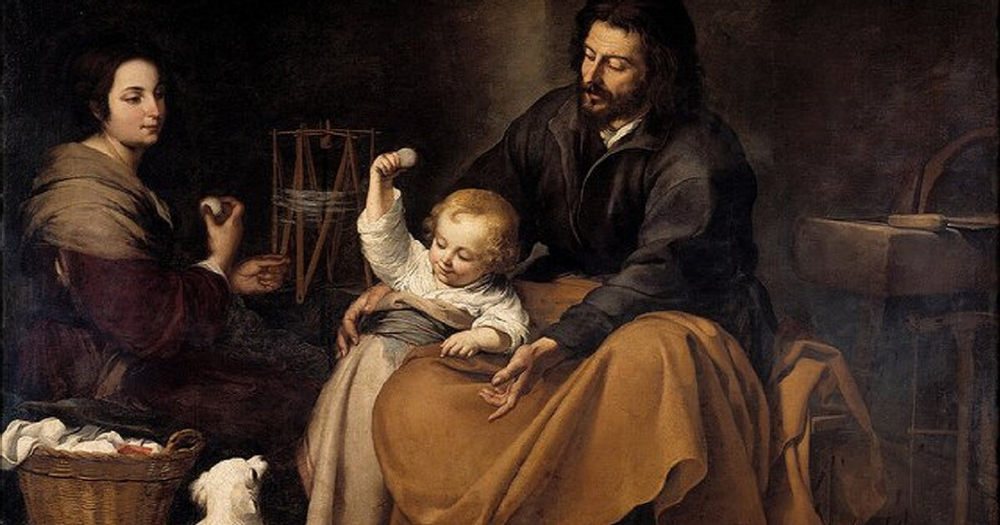 Now that almost everyone embraces contraception, the continued opposition of the Catholic Church can seem stubborn. And since lots of debates around the issue take…